Greece is a country in southeastern Europe with thousands of Greece islands throughout the Aegean and Ionian seas. Influential in ancient times, Greece, being one of the earliest civilizations known to humankind is a country with rich history, heritage, and culture, with great cities like Athens, Thessaloniki, Patras, Piraeus, Larissa, and Village Oia Santorini.

Some Cites of Greece:

Athens was the largest and most influential of the Greek city-states. It had many fine buildings and was named after Athena, the goddess of wisdom and warfare.

It is home to numerous notable Byzantine monuments, including the Paleochristian and Byzantine monuments of Thessaloniki, as well as several Roman, Ottoman, and Sephardic Jewish structures. The city’s main university, Aristotle University, is the largest in Greece and the Balkans.

This city should Be on Your Bucket List, with historic sights but still stylishly modern, Greece’s second city is a destination worth visiting.  it one of their top travel destinations according the New York Times.

Thois city is very safe, even by greek standards. But you should always be careful of your belongings, pickpocketing is a threat, a small one though, everywhere.

Patras and its region is home to various Ancient Greek, Roman, and Byzantine Monuments, including the Roman Odeon, the Fortress of Rio, and the Fortress (castle) of Patras.

Piraeus is in fact a limestone peninsula offering natural harbours which the Athenians exploited to create what, at its height in the 5th century BCE, would be the most important port and biggest naval base in the Greek world

The name Larissa is a girl’s name of Greek, Russian origin meaning “citadel”. Is the capital and largest city of the Thessaly region in Greece. It is a principal agricultural center and a national transport hub, linked by road and rail with the port of Volos, the cities of Thessaloniki and Athens.

Being one of the earliest civilizations known to humankind Greece is a country with rich history, heritage, and culture. It is the place where Byzantine Empire once ruled and also the great Ottoman Empire. It is also considered to be the birth place of Democracy. Athens is the capital city of Greece. The Olympic games originated in Greece.

Things to know before going to Greece:

US citizens residing in the United States are banned from entering Greece per details above under Entry and Exit Requirements. All travelers entering Greece through January 21, 2021, are subject to a mandatory seven-day preventive quarantine, as announced on January 8, 2021.

Greece was the world center for western philosophy, political science, astronomy, mathematics, major scientific studies, and whatnot. It is also known as a Mediterranean country as it has the Mediterranean Sea in the south. It is a popular destination for world tourists in that region known for its beautiful beaches, rich history, and charming villages. The Greek islands are one of the most wonderful places to be explored by Cruise or Yacht. The trip to Greece will definitely be one of the most memorable to remember in one’s life.

What should I pack for a trip to Greece?

Things Tourists Should Never Do in Greece:

The population of Greece is around 11 million and the official language being spoken is Greek. The other popular languages are English and French.

How much money will you need for your trip to Greece? Plan to spend around €110 ($134) per day on your vacation in Greece, which is the average daily price based on the expenses of other visitors.

It is located in Southern Europe bordering the Aegean Sea, the Ionian Sea, and the Mediterranean Sea between Albania and Turkey. It is situated on the southern side of the Balkan Peninsula. It is also bordered by Bulgaria and Macedonia in the southeast.

How do you dress in Greece? Pack tank tops, vests, shorts, mini-skirts, and light dresses; these can all be in bright, colorful shades to reflect the season. Best to choose thin, light materials like cotton and linen for extra breathability and coolness.

Greece is a place with strong historic and cultural background. There are different traditions and customs in different parts of Greece. The throwing back of a hand is considered to be a negative gesture here in Greece. Casual dress can be worn most of the time. Smoking is prohibited in public transport services and public buildings. Tipping 12 to 1 percent is customary in restaurants, hotels, and taxis.

What time is lunch in Greece? Sure there are taverns in the touristy places that will serve some sort of lunch at 12 noon, which is coffee time in Greece. Your best bet is to go for lunch between 1:30 and 3 pm. Dinner is also served much later: after 9 pm, later in the summer.

Tipping in Greece is customary, but by no means obligatory. This Greece tipping guide will help you navigate when/where you can leave a little extra for great service.

Attractions you won’t want to miss:

Which Greek island is the cheapest?

By Air – The national airline of Greece is Olympic Airlines. Many popular airlines like British Airways and Delta Airlines operate a daily flight from Athens. The biggest airport is the newly constructed Athens International Airport which is located about 17 miles northeast of the city. The other international airports of Greece are Heraklion (Crete), Thessaloniki (Macedonia), and Corfu (Kerkira).

By Rail – If one is coming from the UK, the best way is to take the Eurostar train to Brussels or Paris and from there take connecting train to Greece.

Some vaccines are recommended or required for Greece. The CDC and WHO recommend the following vaccinations for Greece: hepatitis A, hepatitis B, rabies, meningitis, polio, measles, mumps and rubella (MMR), Tdap (tetanus, diphtheria and pertussis), chickenpox, shingles, pneumonia and influenza. 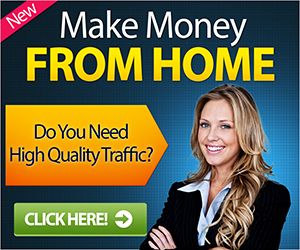 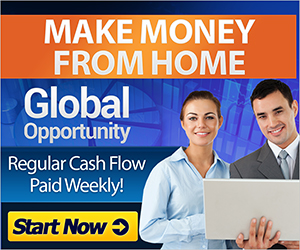